The Common Hawker or Sedge Darner

Beside the small pond at the Pigeon Loft refuge, you could have the surprise of seeing this big dragon fly, the Common Hawker, hunting. One of the only kind that lives at these altitudes. Most of its existence is spent as a sub-aquatic larva. Several years under the water are necessary for this great predator to finish its growth and to reach its sexual maturity. From then on, it needs to leave the aquatic environment in order to transform itself into a flying imago (adult). This adult stage only lasts for a few weeks with only one purpose which is reproduction. Mating in flight and the laying of eggs on the surface of the water are carried out in order to finish the life cycle ….with death.

The Alpine Ibex almost disappeared in the 19th century. It owes it survival to the protection put in place in Italy and in La Vanoise National Park which sheltered the last population. Since the beginning of the reintroduction programme of the species initiated successfully in 1989, the ’lord of the summits’ has recovered his place in the Massif des Ecrins. The cirque du Gioberney is a favourite location for the birth of young, at the beginning of the summer, and it provides the calm atmosphere required by this species. Maybe you will be suprised by the massive and majestic silhouette of a male or a very young kid demonstrating its innate mountaineering qualities.

Live at the rhythm of the sheep

Despite the austere terrain, Valgaudemar valley has been the home, for centuries to intense  pastoral activity which gives a rhythm to the lives of the inhabitants from spring to the first snows. Here and there, you will discover a shephard’s  hut always under the astonished gaze of the sheep  belonging to the sheep farms in the valley. The flocks contain different races including « Métisses », « Thônes et Marthod », « Lacaune » and « Mérinos », which are particularly well adapted to the demands of this terrain.

In the 19th century, the Valgaudemar area experienced a mining rush. Several explorations uncovered a few veins that were the start of mining operations for lead sulphide or argentiferous galena in the Navette valley, at Le Roux or even in La Chauvetane. An English mining company called the "Valgaudemar Mining Company Limited, associated with a Saint-Firmin notary, was founded in 1861. The work of the peasant-miners in the valley, on the steep rock face of the Chauvetane, was essentially to dig out tunnels leading to the veins where the ore was extracted and sent down to the Condamine. There, women would load it onto donkeys and take it down to the present day Xavier Blanc mountain refuge, where it was processed. The operation was not viable however, and the activity finally ceased in 1923.
read more

The panorama evolves whilst crossing the Tirière plateau. To start with, walkers have a view of the Gioberney cirque and the surrounding summits, including Les Rouies and its glacier. Further on, the Sirac dominates and the eye is drawn to the Surette valley with a view of the Valgaudemar valley. Opposite, on the other side of the Surette valley, the Morge peak looks like it is poised at the junction of the valleys as a lookout tower.
read more

The Tirlière plateau is an ideal spot for observing avifauna of the open altitude environment. The song of larks, water pipits and black redstarts will accompany you on this walk. At a bend, you might see a magnificent common rock thrush or a kestrel in the "Holy Spirit" hovering position that makes it easy to identify. Tirière is also a reference site for tracking the chamois population in the Ecrins National Park.
read more 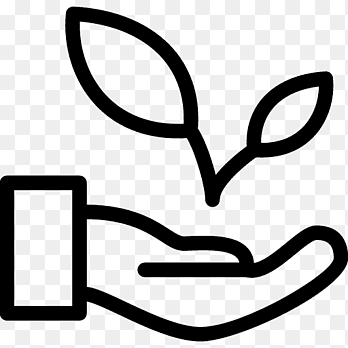